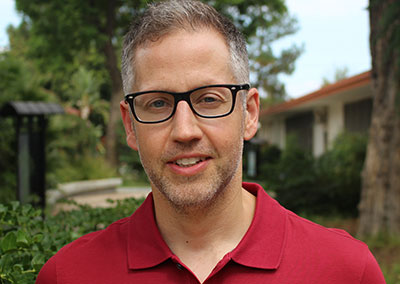 Soon after receiving his B.A. from The State University of New York at Albany, Brock Cohen packed his flannel shirts, Beastie Boys CDs and Doc Martens into his GEO Prism and drove across country to Northern California. After nearly two years of non-stop snowboarding and mountain biking in the Sierras, Brock made his way to Southern California, where he began his teaching career at Valley Glen’s Grant High School in 2001. During his second year of teaching, Brock collaborated with colleagues at GHS to revive a Humanitas small learning community. In a short time, it grew into one of the most successful SLCs in the District.

After earning his M.A. in Humanities from CSUN, Brock went on to pursue his doctorate in K-12 Leadership at USC’s Rossier School of Education. For his dissertation, Brock conducted a multiple case study on learning environments in urban public high school classrooms. He completed his Ed.D in the summer of 2014.

Although Brock temporarily stepped away from the classroom to work as a member of the Los Angeles Education Partnership’s (LAEP) leadership team, he eventually returned to teaching and instructional coaching. In the Spring of 2017, Brock joined the Magnet’s staff as an instructional coach and AP English Literature teacher. This year, he joins the 12th grade team, where he will teach Social Institutions and Digital Humanities.

Throughout his teaching career, Brock has written about education issues for The Washington Post and The Huffington Post

Brock enjoys horror movies, hiking, and rooting for his hapless L.A. Clippers. He and his wife, Katie, live with their two dogs, Creature and Sophie, and they are expecting their first human baby any day now.