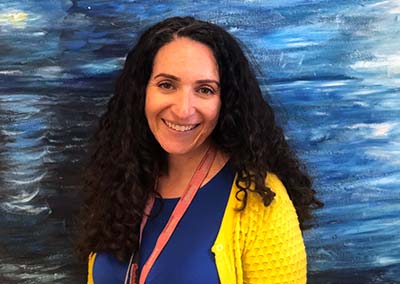 Stacy Endman graduated from the Humanities Magnet in 1998. She believes so strongly in the mission of the CORE program and its ability to provide students with the tools to think and question the world around them. Additionally, at Cleveland, Stacy was very active in the school’s Speech and Debate and Drama program and served as the team’s president her Senior year. On the team, she won many local league tournaments, collegiate invitational meets, and placed in the State. In 1997, she attended the National Speech and Debate tournament and tied for the national championship in Duo Interpretation. Her love of performing led her to New York University. She graduated with a BFA in Theater from NYU’s Tisch School of the Arts with a minor in Sociology.

While attending college, Stacy began coaching students in Speech and Debate at Manhattan’s Stuyvesant High School. From 2004-2013, she spent her summers lecturing and teaching students the fundamentals of public speaking at the University of Texas at Austin and George Mason University. She found she loved mentoring students and helping them discover their voices and craft their own unique messages through the art of communication. She earned her Masters in Teaching from the University of Indianapolis.

Stacy taught English, Speech and Theater in Indianapolis for five years. In 2012, she decided to leave the midwest for a completely different climate and continued her teaching and coaching career in Phoenix, Arizona. There, she reconnected with a fellow CORE and Speech and Debate alum. They married in 2013 and have two beautiful and spirited children who always keep them on their toes.