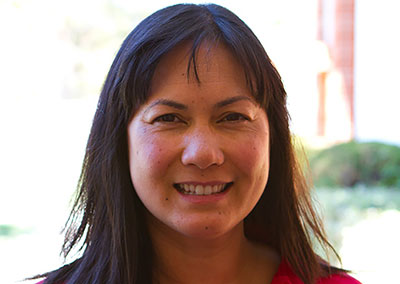 Originally from Hawaii, Lori Howe grew up in the San Fernando Valley and is a product of LAUSD. Lori Howe (then Wenska) graduated from Cleveland’s Humanities Magnet program in ’89. She then attended UCLA for both her undergraduate and graduate studies. Eventually she emerged with her BA in History and Masters in Education with her teaching credential. Lori Howe returned to the magnet program to teach (the first Corebaby to do so) for five years. Subsequently, she received her Masters in Counseling and Guidance and her PPS and has been Cleveland’s College Counselor, the Career Counselor, and is now in her sixth year as a magnet counselor. Lori Howe married the older brother of one of her Cleveland classmates and they have two kids who are in LAUSD schools.