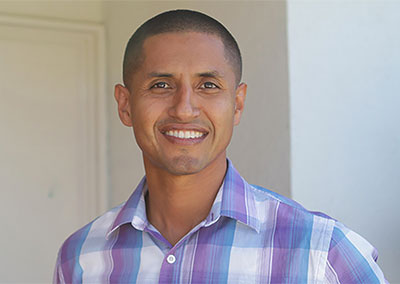 Marvin Rodríguez began his teaching career ten years ago. He decided he wanted to become a teacher while awaiting his deployment to Iraq in late 2002 after being called to military active duty as a result of the attacks of September 11, 2001. As he wondered what life would be when he returned to his family and school after military service, he asked himself what would bring him the most happiness and satisfaction in life. The best answer he could come up with was teaching. He could envision himself following in the footsteps of all the wonderful teachers who helped shape and raise him, and that made him happy and gave him a sense of hope and purpose to be able to do for younger generations what his teachers had done for him.