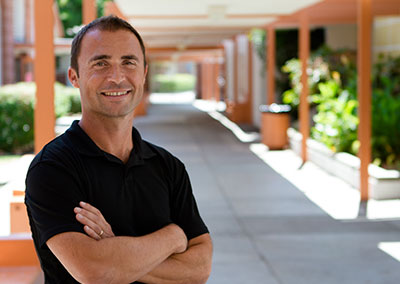 Mr. Olivier Demail has been the 10th grade History teacher (Social Institutions) at the Magnet since 2004. He is also acting as Co-coordinator of the 10th grade Magnet along with Mr. Basinger. He was born and raised in Southwest France and received his BAs in Political Science from the Universities of Bordeaux, France (Science Po) and Northumbria, England. He earned his Master in International Relations from the University of Caen, France. He has been living in California since 1997 and loves to share his European perspective on western civilization and world events with his students. He has two young boys, and hope they will become corebabies one day.