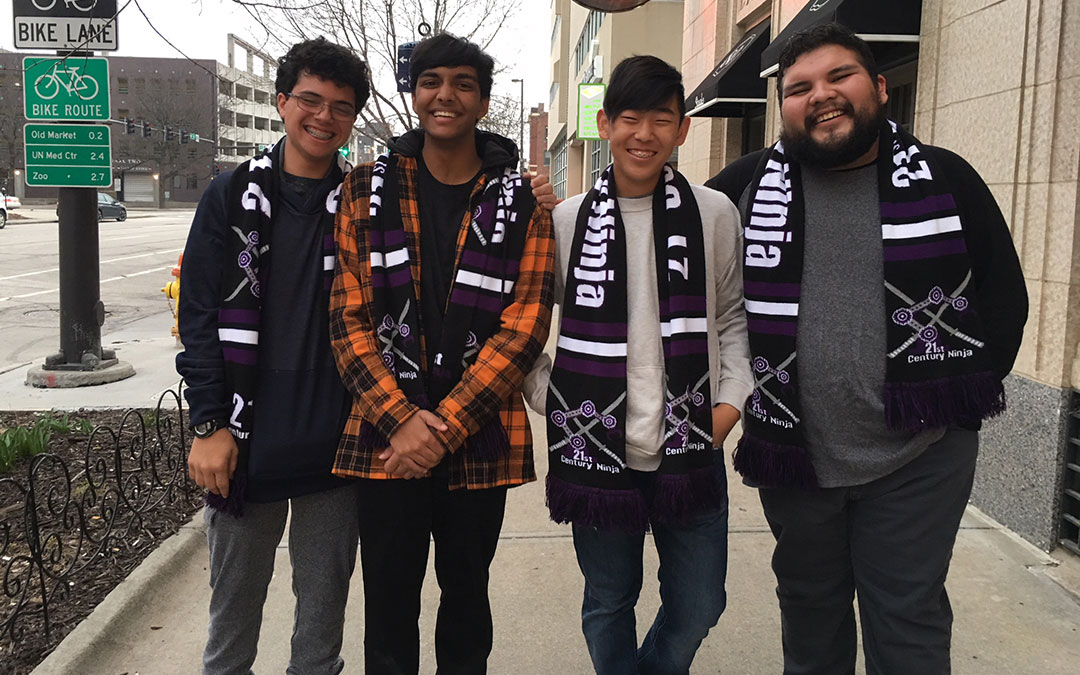 Ryan Kim and Brandon Marks, two members of the Cleveland High School Humanities Magnet, were incredibly successful competing in VEX robotics tournaments this year. The Cleveland robotics team has won three prestigious awards this season, including two tournament championships and the excellence award at the Bulldog Holiday Waffle Bowl in Chino Hills.  The excellence award is the highest honor given to a robotics team at a robotics competition.

In addition, the team qualified for and competed in the VEX National Tournament for the second year in a row. This tournament draws the most competitive programs worldwide, including international teams from China.  Brandon and Ryan placed fifth out of more than 200 teams. More impressively, our team was the only one in the entire tournament to earn a perfect score on autonomous, when the robot must run on computer programming alone and is not controlled by a competitor.  The team has earned reputation as one of the top teams in the country, and based on their performance at nationals has been invited to participate in an exclusive tournament in Hawaii this summer.

Congratulations to Ryan and Brandon for their hard work, dedication and competitive success this season.